The Union of Estonian Architects announces that yesterday, 11 December, Minister of Culture Urve Tiidus revealed the results of the Baltic Sea Art Park architectural competition in Tallinn, at the Museum of Estonian Architecture. The winning entry used the keyword “KGAMMP”, the authors of which are architects of Polish architectural bureau WXCA sp z.o.o, led by Malgorzata Dembowska and Marta Sekulska-Wronska who were also present to accept the award. The amount of the award for the winning entry is EUR 5,000. 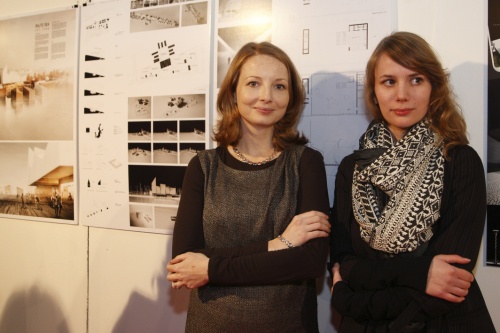 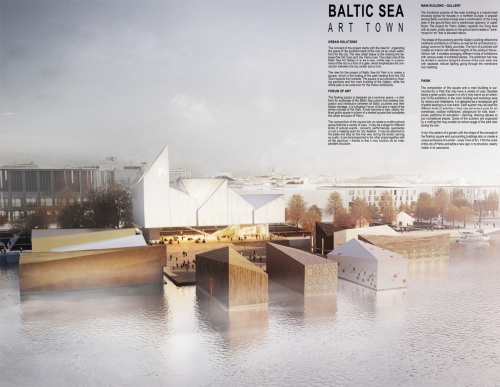 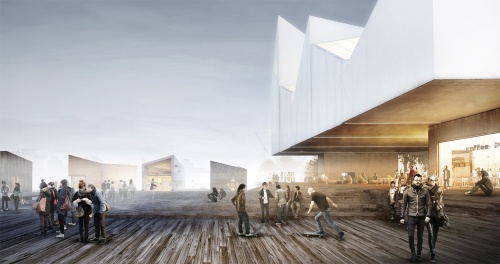 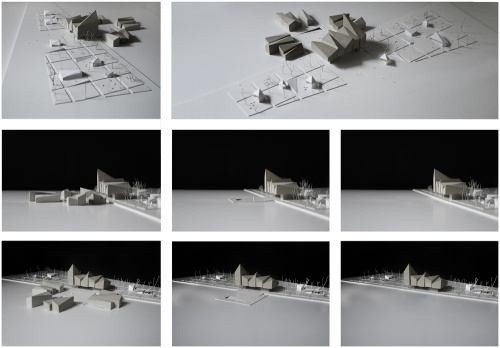 According to the international jury, the winning entry is characterised by an outstanding design and a strong urban concept. This was also one of the few entries, the authors of which had thought about the usability in a complete and practical way. The entry looked further from the river shore and also provided solutions for the rest of the beach area. According to the jury, such a vision brings a new landmark to Pärnu that could become a great platform for presenting the works of artists from the Baltic Sea countries. The winning entry was considered to be the best artistic solution to connect the past and the future in the historic Hanseatic city.

The Baltic Sea Art Park international architectural competition lasted a bit longer than three months, and 78 entries from 21 countries all over the world were submitted. From the 73 qualified works, the jury chose three main prize winners, two incentive prize winners, and one special prize winner.

The jury awarded the second prize to the entry with the keyword “A Welcoming Fortification”, the authors of which are Akira Kindo, Kristof Keerman, Chris Ainoo, Francesca Bergamini, et al., from the London architectural bureau Stanton Williams. The amount of the second prize was EUR 3,000. The jury considered this to be one of the most elaborate works in the competition, using the great idea of playing with Pärnu’s medieval castle in order to connect the past with the present. 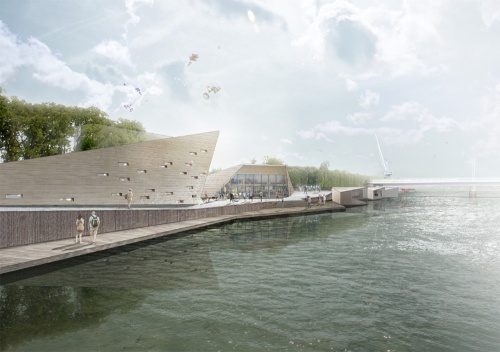 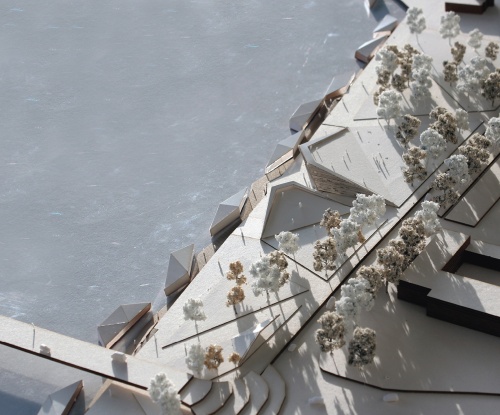 Third prize, in the amount of EUR 2,000, was awarded to the entry with the keyword “Tuututama”, the authors of which are the architects of Spanish architectural bureaus Acha Zaballa Arquitectos Scp and Bilbao Architecture Team Spl. Its unforgettable design makes it the most attractive work of the competition, the clear expression of which cannot be ignored. 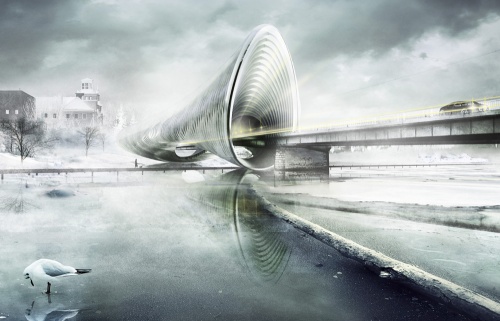 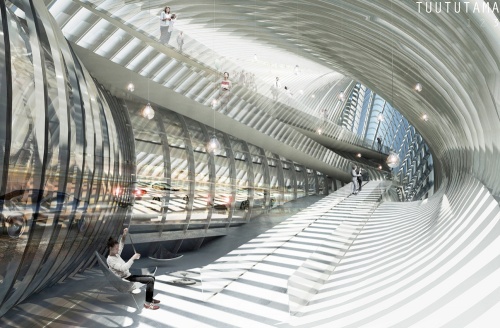 Incentive prizes (both in the amount of EUR 1,000) were given to the entry with the keyword “Veemaailm”, authored by Ra Luhse, Tanel Luhal, and Timo Titma, from Arhitektuuribüroo Luhse ja Tuhal OÜ, and “Landmark”, authored by Romanian architect Bogdan Neagu.

In addition, the jury also awarded a special prize to the entry with the keyword “Vaiaväli”, authored by Villem Tomiste from Stuudio Tallinn. This work was valued for its outstanding and inspiring vision of an attractive lighting system, the ideas of which could be used in the entire Pärnu harbour area in the future. The special prize award of EUR 700 was sponsored by Pärnu Sadam. In addition to the awarded entries, these following projects were considered in the II stage: "Baltic Circle", "Dune", "Embrace", "Eme", "Kolm tükki".

The jury of the Baltic Sea Art Park was international and professional. It included art historian Edward Lucie-Smith, from England, Mayor of Pärnu Toomas Kivimägi, architects Kim Utzon from Denmark, Pekka Vapaavuori from Finland, Ilmar Reepalu from Sweden, Indrek Näkk and Jaak Huimerind from the Union of Estonian Architects, Mark Soosaar, the head of Uue Kunsti Muuseumi SA (the Museum of New Art), and Karri Tiigisoon, Pärnu city architect. The jury report has been added to the news, see below.

The competitors had to find a spatial solution for both the park on the left shore of Pärnu River, in the direction of the headwaters from the Suursild, and the area of garages and the historic granite pier, as well as to present the architectural sketch solution for the main building located on dry land and to propose the sketch for one sample pavilion located in the water.

The competition was organised by SA Uue Kunsti Muuseum in cooperation with the Union of Estonian Architects and Pärnu City Government. The prize fund included EUR 12,000, of which the main prize (EUR 5,000) was funded by the Cultural Endowment.

You can view all competition entries from 11 December until the end of January, in Tallinn, at the Museum of Estonian Architecture.

Final report of the jury

NB! A short photo gallery of the award ceremony can be seen here.